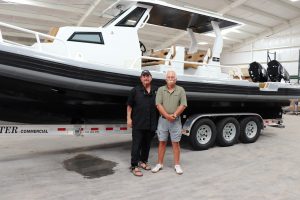 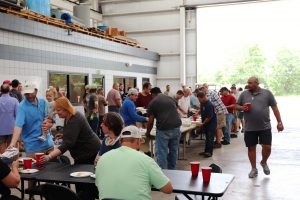 A dedicated and loyal Silver Ships employee, Blackwell has made many sacrifices for the betterment of the company and has left a lasting mark on the organization’s operations, customers and partner vendors during his decades of service.

Before his days at Silver Ships, Blackwell worked for Ambar as a production coordinator. When he arrived at Silver Ships, he oversaw the production of the boats. Since those initial years, Blackwell has performed a range of duties within Silver Ships; from selling boats, to working trade shows, to orienting customers to their new vessels – he has done it all. The consistency in Blackwell’s time at Silver Ships is his quality of work. Regardless of the job, his effort and commitment stands apart.

A Louisiana resident, Blackwell drives to Mobile every Monday for the work week, commuting back home on the weekends. In his most recent role at Silver Ships, he spends much of his time traveling across the country to attend trade shows, operate the demonstration boat, deliver new vessels to customers and providing vessel orientation for customers. He notes that at this point in his career, he has traveled to all of the states within the continental U.S. with the exception of North Dakota. In fact, he once was on a job that took him on the road from Vancouver, B.C. down to the Florida Keys – a five-day trek across the country.

Although he mentions he’s looking forward to spending more time closer to home after his retirement, Johnny has cherished the memories and stories he’s gained throughout his travels.

Described as someone who is extremely knowledgeable with great stories to tell, Blackwell always makes a connection, no matter where or to whom he is traveling. 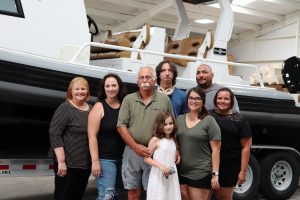