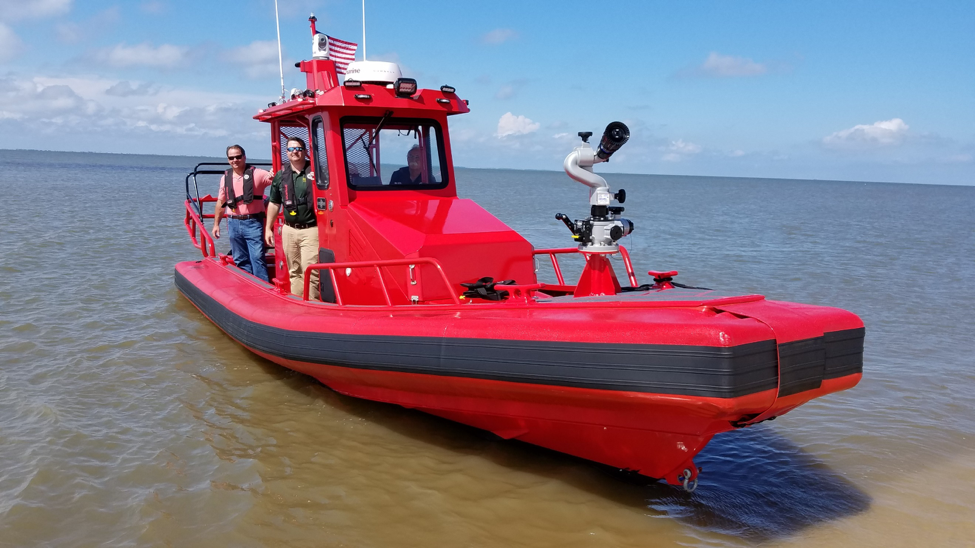 Silver Ships, Inc. was conducting a scheduled demonstration of their new AM800 fire and rescue RHIB for the City of Pascagoula Police Department, Marine Division on July 5, when a distress call was received from a nearby recreational vessel that was grounded and taking on water.

In addition to three recreational boats and the Mississippi Department of Marine Resources (DMR) Marine Patrol, the Silver Ships and Pascagoula PD team responded to the call. The distressed vessel was ably assisted by the DMR Marine Patrol and the other recreational boaters, who were first to arrive on the scene. The vessel was pumped out and taken under tow after refloating.

“Based on the maritime nature of our city, from the Pascagoula and Escatawpa Rivers to the Port of Pascagoula, Huntington Ingalls Shipyard, CHEVRON Refinery at Bayou Casotte and the Mississippi Sound and barrier islands, we have a pressing need to improve our ability to drill and prepare for all scenarios and respond to law enforcement and rescue situations on these waters,” said Mayor Maxwell.

The Pascagoula Police Department has recently established a full-time Marine Patrol Division to better serve citizens and business partners in the waters that nearly surround the city.

“We are working with the City Council to explore ways of improving our police department’s ability to respond to emergencies and contingencies – such as the incident this morning – which arise often,” the Mayor said.

The Silver Ships team was pleased to provide assistance on the water using their demonstration fire/rescue boat, and all parties are happy with the positive outcome of the situation.